Contact Us Today for Car Audio and Video Installation 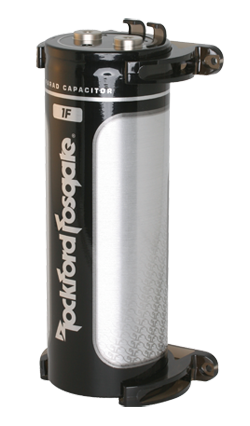 If you have a powerful amplifier for your car’s audio system, it can end up taking energy away from your car’s electrical system. Typically this results in a dimming of the headlights or dash lights when the radio is turned up, or during loud bass notes. To mitigate this, people often choose to install a car audio capacitor. Simply put, a capacitor is an electronic device that stores energy, much like a battery. Capacitors store and discharge energy when needed, providing power on demand.

Capacitors are made up of three basic components: A dialectic, and two electrical conductors. The dialectic functions as an insulator, on which an electric field is generated when voltage is supplied to the conductors. This stores energy which can be released once the charging circuit is removed. A capacitor has the ability to filter or buffer sudden changes in a circuit’s voltage.

How To Install Your Car Audio Capacitors in Idaho Falls

It is not necessarily difficult to install a car audio capacitor, however it can be dangerous because they are capable of storing and discharging so much energy, even enough to weld objects together. Make sure to read the safety and installation instructions in detail before attempting to install one yourself. It should also come with a light bulb or a resistor so that it can be safely discharged. If you have never installed a capacitor before, take special care to read the instructions and act safely. 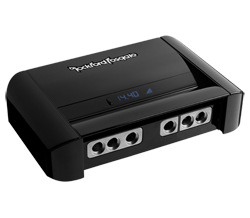 Before you begin, be sure to disconnect the ground cable from the car battery, and to take out the in-line fuse on the amp’s power wire that is next to the battery.

The capacitor should be installed very close to the amplifier using short wires, as this will mean that the extra charge will not have to travel as far to reach the amplifier. They generally come with two terminals and a distribution block. Hook up the positive terminal directly to the same positive lead that goes to the amplifier’s positive connection, using the same gauge wire the amplifier uses. This is typically done with the distribution block, connecting the power coming from your battery directly to the capacitor’s positive terminal. Next, connect the negative terminal directly to chassis ground, just like your amplifier. Ideally, you will want to use the same bolt that the amp uses for ground, making sure that all of the paint is removed where you are putting the chassis ground and that all of the connections are secure.

Limitless Electronics urges you to be safe and take the necessary precautions before installing your car audio capacitors in Idaho Falls. If you have any questions, don’t hesitate to give us a call.