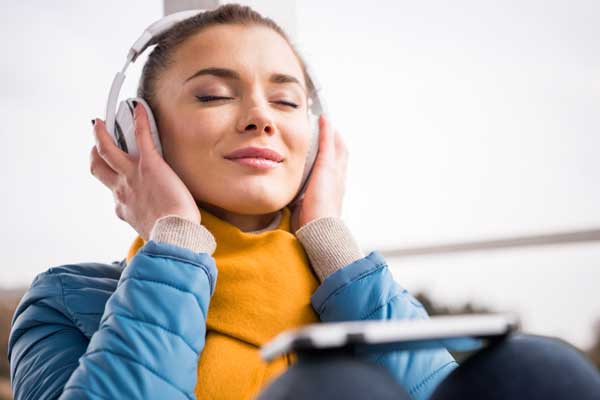 It’s rare to find a person who doesn’t enjoy music. Ever wonder why most people enjoy a car ride with a good background music? Research shows listening to music can affect the mood and can impact driving. Even those who don’t make it a big part of their life have a few artists or bands that they go back to time and time again. It’s an almost universally loved phenomenon for our species, and as far as we know, we’re the only species who understands or can make sense of it.

In the end, there’s no defined scientific reason as to why we enjoy listening to and playing music, at least not in any absolute sense. There is, however, data that can reveal how music affects the brain and what it can do for our mood and emotions. While everyone finds certain kinds of music enjoyable and others unlistenable, music seems to affect everyone in roughly the same way; the effects on the human brain and its neuro-chemistry are essentially universal.

Neuromusicology – The Study of How Music Affects The Brain

You might think that music only affects the auditory areas of the brain, but in fact, music lights up the entire brain itself, from the “higher” abstract reason structures to the “lower” structures that deal with instinct and emotion. Here are some key non-auditory areas that music affects:

Beyond giving us answers as to how music affects the brain, this research has also helped us better understand the brain as such; it’s given us deeper insight into the overall structures of the brain and the dynamic complexity within its various systems.

How This Research Is Done

Research can be done using MRI (functional magnetic resonance imaging), technology that measures brain activity. We can measure the brain activity of an individual as they listen to music and detect which areas of the brain are being activated. Experimenters can analyze the recordings in conjunction with the content of the music – specifically how the rhythm, tone, and timbrel components evolve over time – and compare this data with the listener’s brain responses.

The reason these genres are grouped in the same place for this post is because, due to their consistent 4/4 structure, they have a tendency to affect the brain in much the same way. While the moods they elicit are clearly different, they are consistent on the effects they produce.

The 4/4 rhythm is one that the brain can easily predict; when listening to music in this time signature, the brain is simultaneously “hearing”, “having heard”, and “about to hear” what’s being played. This is also the ideal kind of music to “get the blood pumping” – it produces an adrenaline rush and releases a lot of dopamine in the brain. The 4/4 time signature also mimics the human heartbeat and the body seems to react accordingly. This is likely the main cause for increased heart rate and more energy production in the body.

Yes, this style is also commonly in 4/4 time, but the reason it is set apart from the above genres is because of its intense distortion and “over-the-top” elements which cause the brain to “boom with messages”. This style can cause irritation and discomfort for many people, but for others the intensity that causes the brain to light up can actually bring relief from tension because normal anxieties and concerns are drowned out as a result.

Jazz music has always been one of the most creative and unorthodox forms of music, even in its early era. Over time, jazz began to experiment more and more with odd time signatures, improvisation, and generally “breaking the rules” of common music. In its free form, the interpretation of the listener is essentially just as valid as the message attempting to be portrayed by the musician; the listener can interpret certain melodies, patterns, and elements in their own way as the brain attempts to find meaning within the chaos.

A lot of jazz music involves the “call-and-response” technique, which in particular activates the language and communication centers of the brain.

Classical music is comprised of many different styles, all coming out of vaguely defined times. As such, there is a wide variety of styles, forms, and techniques within the genre. The music can range from fast, heavy symphonies to soft, melodic piano pieces.

Generally speaking, however, there is a common theme of classical music playing on both higher, major key melodies and lower, minor key melodies at the same time and ultimately merging the two together to create a musical experience that seems to transcend both. This has a way of activating more areas of the brain. The subjective effect can be one of both elevation and contemplation at the same time.

Limitless Electronics – The Vehicle Audio Store You Can Rely On

Music is an amazing thing that has a massive effect on most of our lives. To enjoy it fully, you need the right car audio accessories, and if you need them for your vehicle, Limitless Electronics has everything you need.